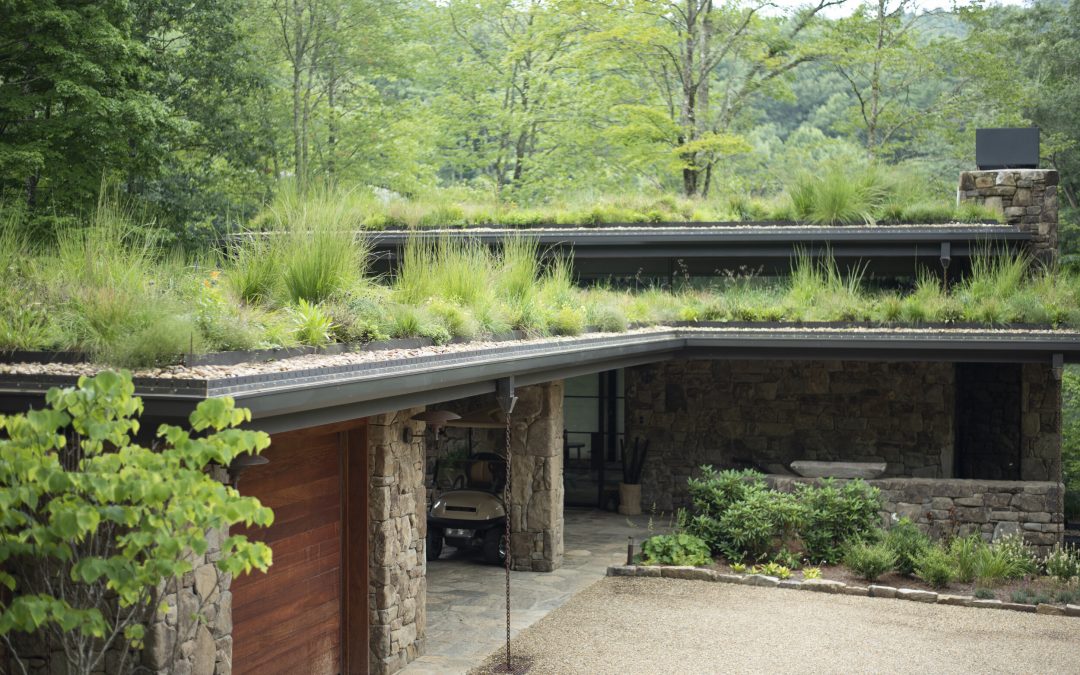 Roofing may not be as exciting an industry as sportscars or space travel, but it is still characterized by plenty of innovation. And that is good! Managers of an 800,000 square foot Amazon warehouse would have a difficult time maintaining a thatched roof, and ancient Rome’s clay roofing tiles would hold up terribly under a Midwestern hailstorm.

As we look ahead to next year, we can already tell which roofing trends are going to dominate the industry. Here are NIJAC’s official picks for the top roofing trends of 2022!

Metal has always been an excellent material for virtually any type of building’s roofing. It is strong enough to shrug off damage from hail and heavy storms, impermeable to rain and meltwater, and relatively inexpensive to install and maintain.

Unfortunately, homeowners often shun metal roofing because it looks so drab. But this is no longer the case! Technology has progressed to a point where metal shingles can look nearly indistinguishable from materials such as slate or wood shake. Metal roofing is also becoming more affordable, which alongside its ability to take any color is bound to make it an increasingly popular choice for all applications.

If you’re only accustomed to traditional roofs, then you would understandably hesitate to list the benefits of plants growing on them. Detecting moss in your asphalt shingles is a surefire way to spoil the rest of your day.

Green roofs are going to change people’s opinion of mixing roofing with plants. As one of the country’s foremost metal roofing experts we’re all for green roofs, as they do require heavily fortified metal substrates. But as environmentalists (in the Rooseveltian sense of the word), we are also excited by the advent of green roofs. These plant-covered rooftops don’t just look appealing. Their benefits also include decreased stormwater cutoff, greater building efficiency, and a measurable reduction in the urban heat island effect.

We don’t anticipate green roofs becoming popular in the residential, industrial or agricultural sectors any time soon, but do expect to see more and more popping up in cities!

Photovoltaics become more efficient and cost-effective with each passing year. Solar panels are becoming increasingly smaller as the result, which means that single family homes and light commercial buildings no longer require heavily fortified roofs to support them.

Solar shingles have progressed from a futurist’s pipe dream to a bona fide home improvement project. Solar roofing installation is still not inexpensive by any standard, costing about $17,500 for an average home’s 1,700 square foot roof. But going solar can save the average household nearly $1,400 on electricity in a single year. That’s a sound investment!

It would be difficult to argue that asphalt shingles aren’t already popular. Pick five American homes at random; odds are, four of them will have asphalt roofs. Despite their market dominance, asphalt shingle manufacturers are perpetually researching and developing ways of making asphalt shingles lighter, more durable, and easier on the wallet.

Most excitingly, asphalt shingles are now available in a greater range of colors than ever before. It’s little wonder then why contrasting roofs are poised to continue as a rising trend during 2022. A contrasting roof is a different color than the house it covers – not to create a clash, but rather to create an eye-pleasing complimentary color scheme.

Contrasting roofs aren’t limited to shingles, of course. Now that metal roofs are also available in virtually every color, we expect to see more and more homeowners opting for metal roofs and contrasting roofs simultaneously. Over 90% of consumers agree that it is important to have a roof which coordinates with the rest of the home’s exterior, and metal roofing is poised to meet that homebuyer’s criterion better than ever before.

If you sensed that we’re biased in favor of metal roofing, then you are correct. NIJAC is a trusted provider of metal roof restoration and repair services in Sioux Falls, South Dakota and the wide surrounding tri-state area. If your roof structures are in immediate or eventual need of repair, then we welcome you to contact us today for an inspection and estimate!